This web-audio interface addresses ways of listening to certain female-sounding voices that are perceived as inappropriate - because of the quality of their sound, their gender, the medium's distortions but also stereotypes and collective memories that they often awake. These are verbal expressions that have been associated with forms of 'monstrosity' since ancient times. You are invited to record yourselves, expressing your thoughts and choose a type of distortion to participate in, forming new imaginaries around a technologically-mediated collective voice, which through its monstrosity can reveal other forms of speech.

You can choose what type of distorted voice you want to have; 'collective', 'echo', 'lowpitch' or 'lowpass'. A series of texts reveals stories and theories behind each distortion. The interface allows each recorded voice to be saved on a home server where the website is hosted, and then distorted by executing several scripts. Then the new sounds are categorized by the type of chosen distortion, and published back to the platform. They can be played at the same time or in any desired order.

The interface was made by Angeliki Diakrousi for the performance "Radioactive Monstrosities", part of the event NL_CL #2 : FLESH : FLESH hosted by iii and Netherlands Coding Live. The voice samples will be part of this platform and future performances. Its conceptualization is an ongoing process related to the research project Let's Amplify Unspeakable Things and previous performances.

Credits: the platform is inspired by Vocable Code. Thanks to Alice Strete, Gert Rietveld, Joana Chicau for sharing references, Amy Pickles for her publication made for the workshop Ecstatic Speech and Alex Roidl for helping with parts of the code. Thanks to the people that contributed and donated their voices:

Screenshot from the first version of the platform 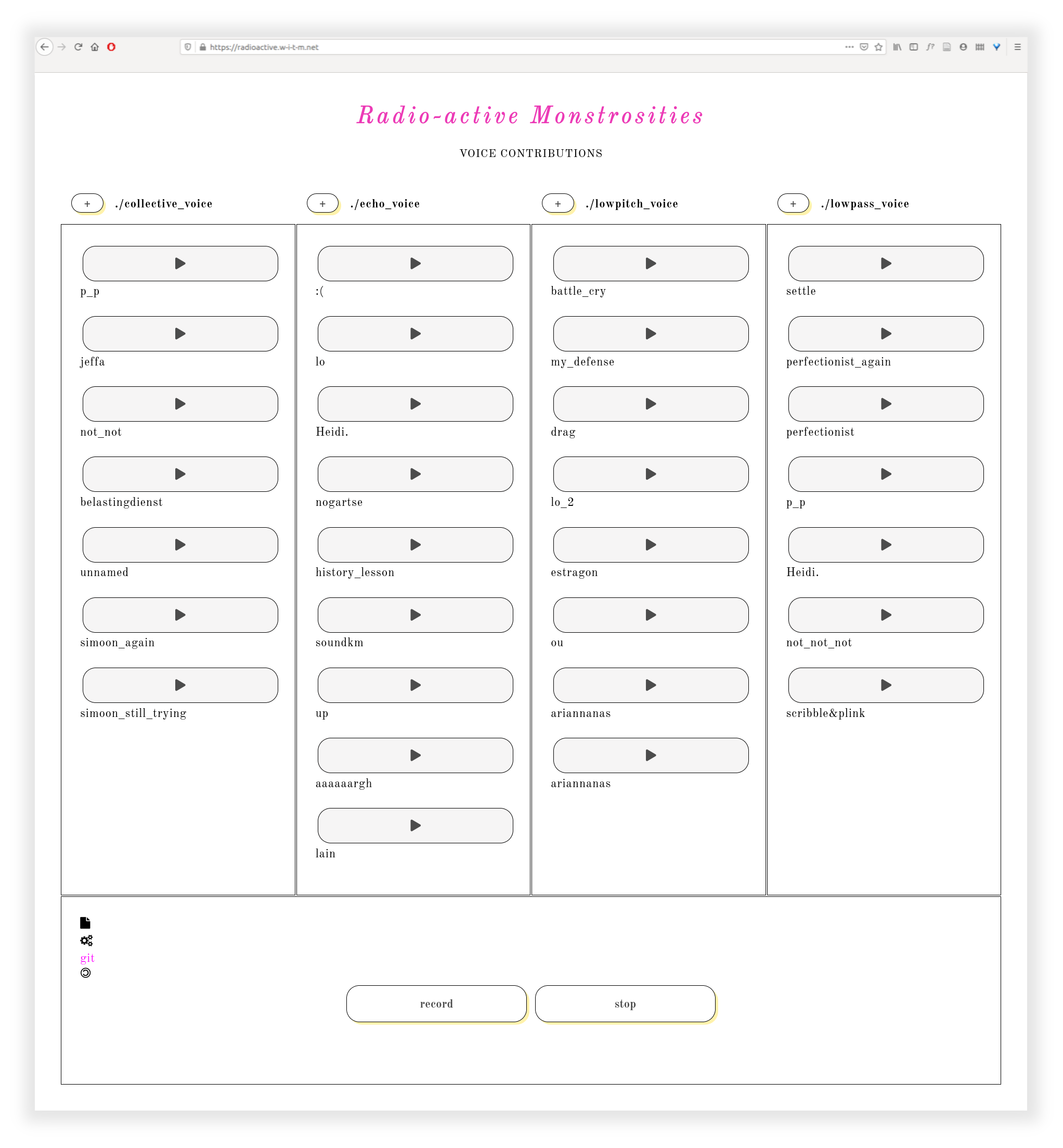 Screenshot from the latest version of the platform