In 13-06-2012 I directed a public action at the city of Patras, that investigated the interaction between two actors and several passengers. The two female Greek participants wore a scarf like a hijab and they wandered around three central public spaces chosen by me. As on-muslim women this piece of cloth has a different connotation. Both of them were acting as they wish; they chose which clothes to wear (except the scarf), which way to follow, whom to talk, which language to use. I was following and taking photos of them and their interaction with the surroundings. I was paying attention to the way they were moving/acting with the scarf. At last I made a booklet that allows the reader to put together freely the photos of their movements with the reaction of the people. 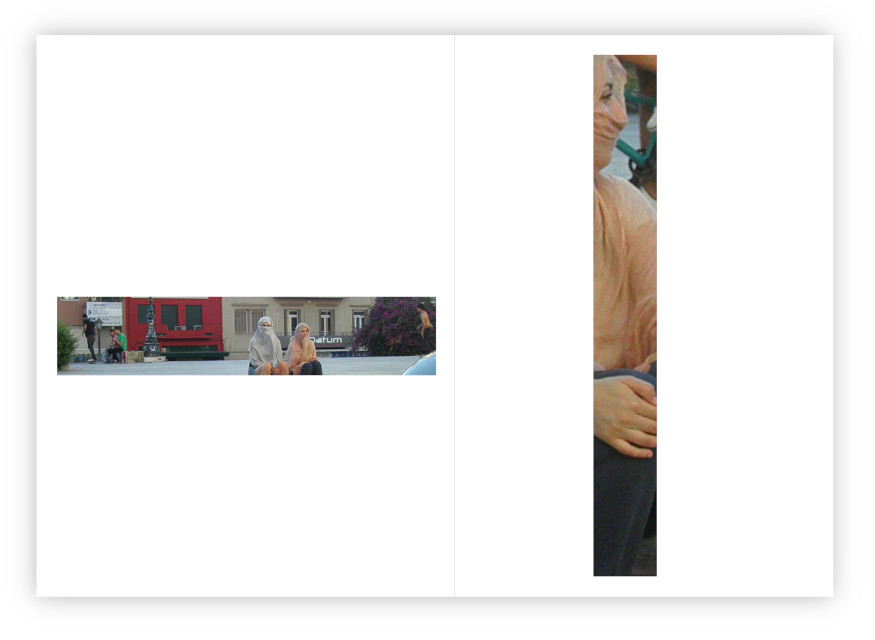 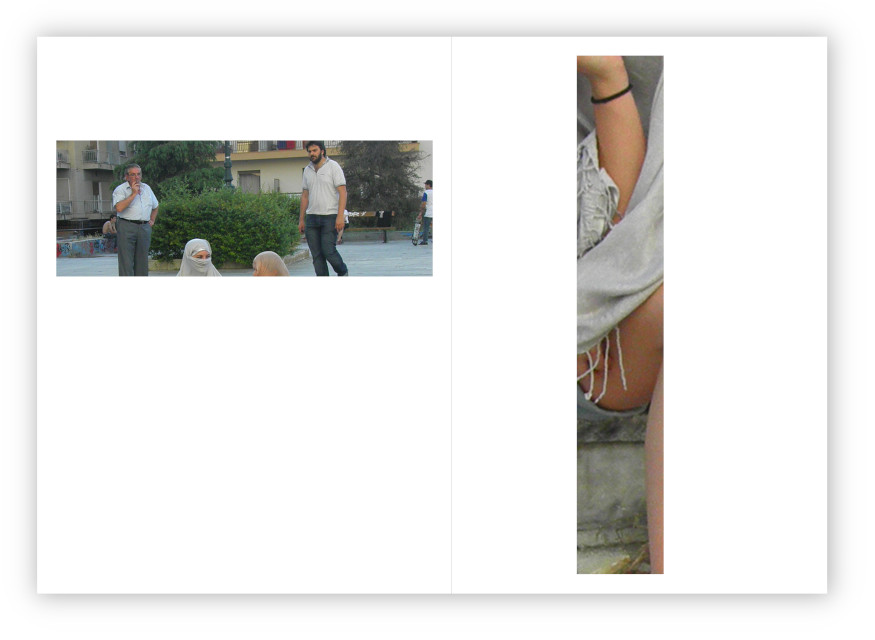 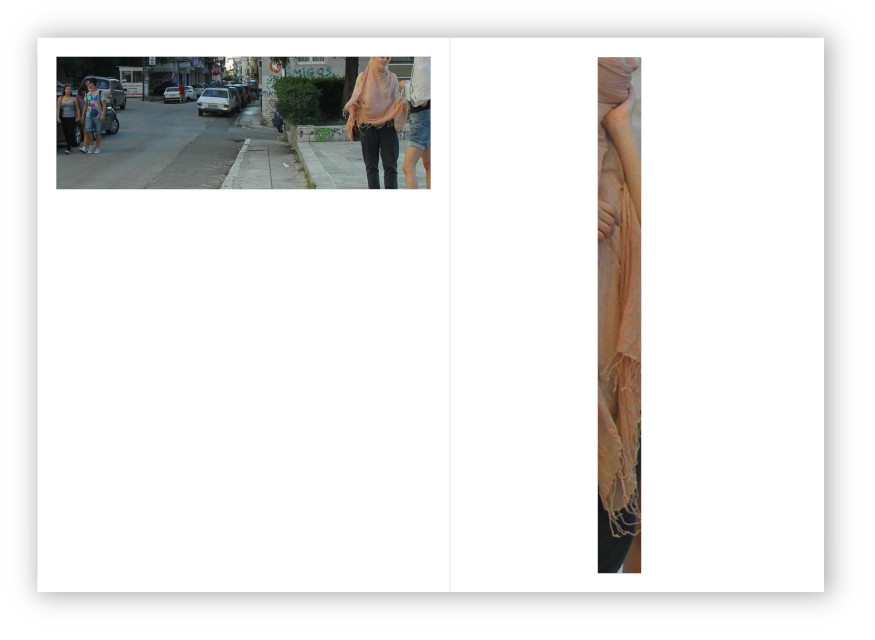 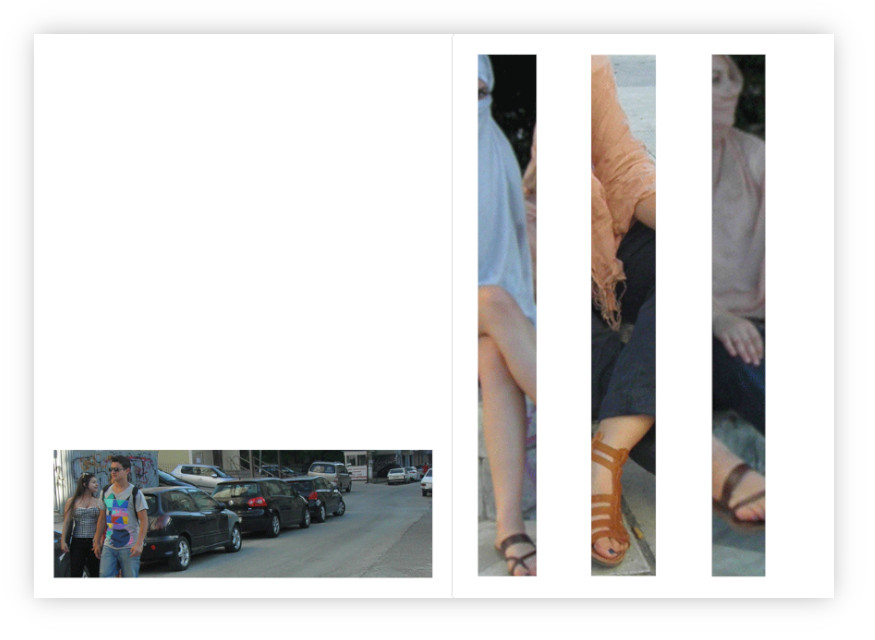